In this series of canvasses I chose to reflect on the meaning of the word “Graffiti” (a semantically incorrect use of the word, but surely the most concrete one for indicating “Graffiti Writing”, even for those who aren’t part of the movement). The definition I based my research on is the one I found on Wikipedia. Each canvas portrays the one object which defines Graff: the spraypaint can, accompanied by a topic word found within the definition, underlining the contradictions which reside in the concept of graffiti (ART/LAW-PUBLIC/TAG). 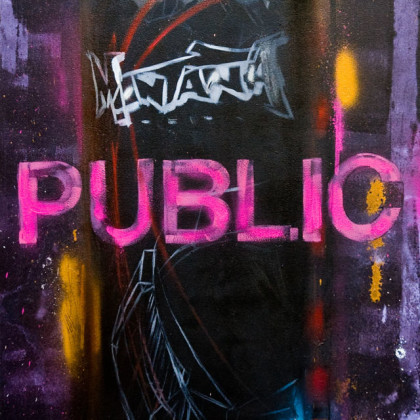 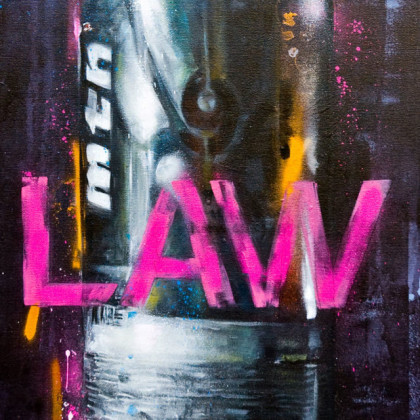 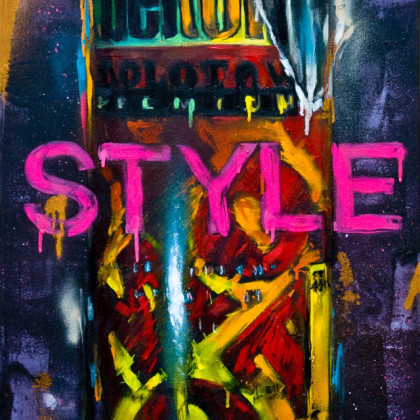 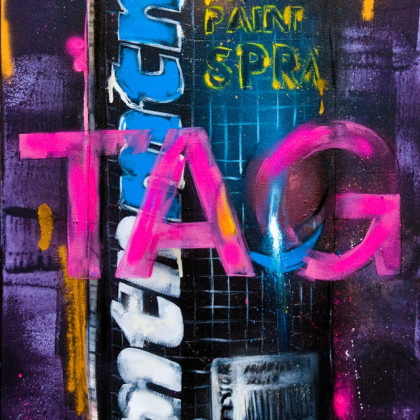 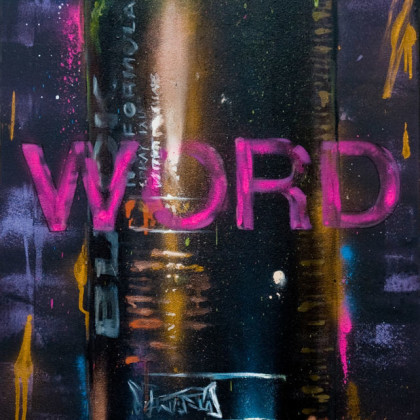 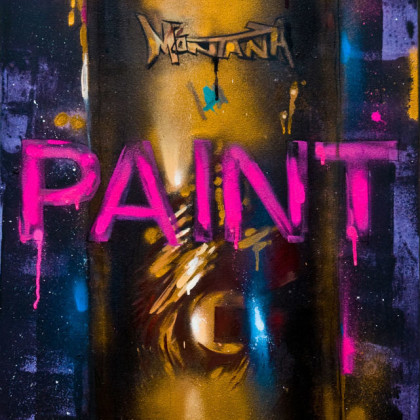